After walking to Canal St. Martin the other day to check out a restaurant I read about on this awesome blog, I was bummed, but not surprised, to see that it was closed for August.  I’ve started to accept the fact that regardless whether a restaurant has a website, it does not mention whether it is closed in August, on said website.  It just lists its normal business hours.  Sigh.

So, I was left to my own devices and after wandering a bit, peaked through the window of La Patache (Rue de Lancry, 75010) and saw three women eating roasted chicken and potatoes.  Done.  I ordered the same and it was delicious.  Actually, the potatoes were pretty heavenly. 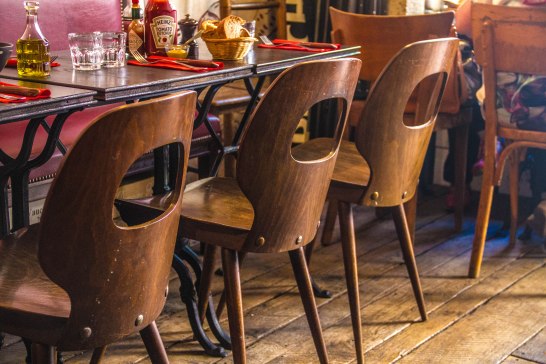 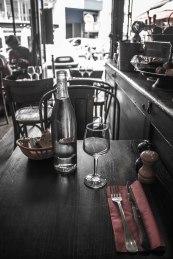 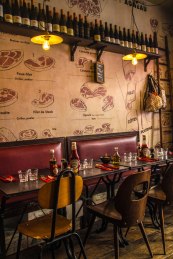 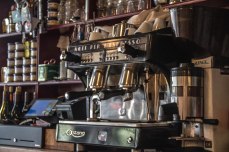 Saturday, my friend scored a reservation at Le Perchoir (Rue Crespin du Gast, 75011).  The rooftop bar reminded me a little of High at Hotel Erwin in Venice, California.  Only, instead of the Pacific Ocean, there are panoramic views of Paris, freshly sliced charcuterie, absinthe, abundant wine, and an amazing restaurant just one floor down.  The only option is a prix fixe, which comprised of 8 dishes, each possibly better than the previous (sea bass sashimi, ahi tuna, roasted eggplant, veal, roasted potatoes, tomato provençal, cantalope soup, and a berry variation of mille-feuille).  However, if you ask my friend, the tuna was the best.  It did come atop a giant potato chip like thing. 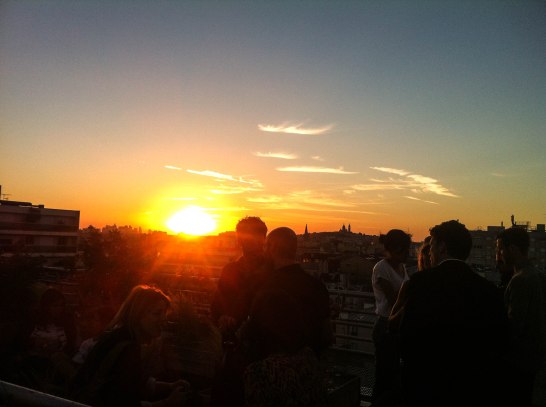 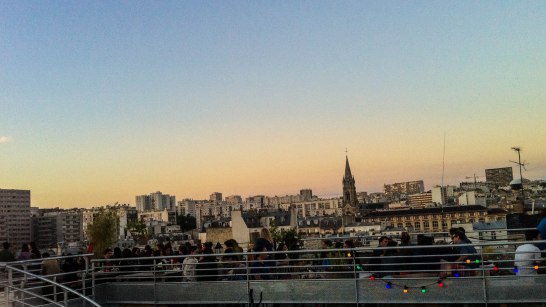 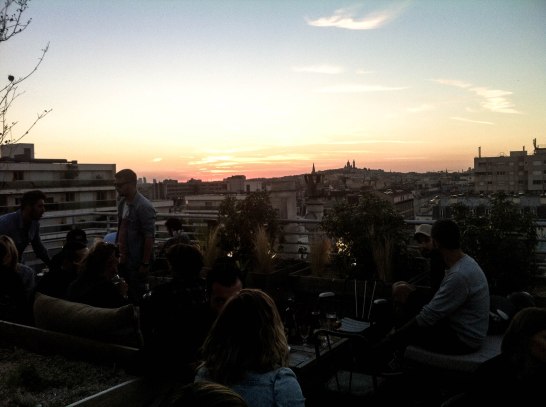