While eating pintxos, someone told me that there’s a four-mile stretch of the Camino de Santiago that you can hike from San Sebastián to Pasaia (or Pasajes).  Many posts suggest that it’s easy to find the beginning.  Give yourself a break if you get lost–we did, and so did a couple we met at a nearby restaurant who had temporarily given up on the idea of finding the start.  Spain-holiday has pretty good instructions on finding the beginning–once you see the stairs below, you’ll know you’re nearing the path.  If you’re in need of some exercise, which after eating non stop, you may be craving, I definitely recommend this hike. 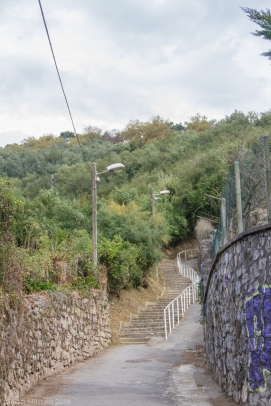 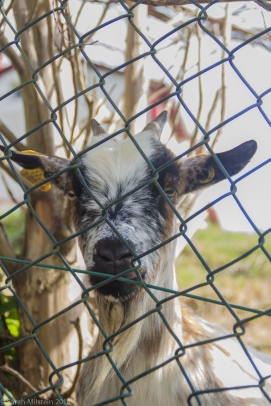 Goats near the beginning

Who knew just an hour north of San Francisco, you could see a mirrored lake, and waterfalls and greenery straight out of Oregon?  I highly recommend checking out Cataract Falls, near Mt. Tam, off Bolinas-Fairfax Road.  We did a 7.7 mile hike, combining various trails (although my iPhone seems to think we did closer to ten miles).  Thanks to the recent rain, the waterfalls were pretty amazing, and even had their own paparazzi! 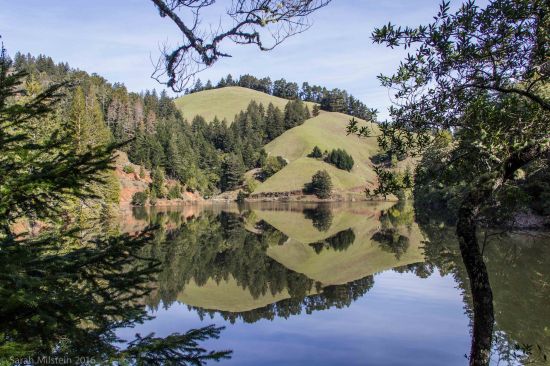 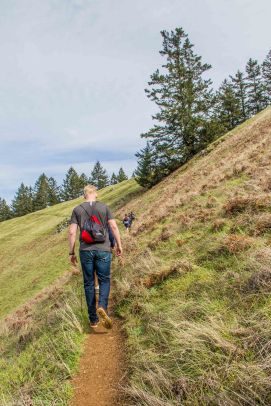 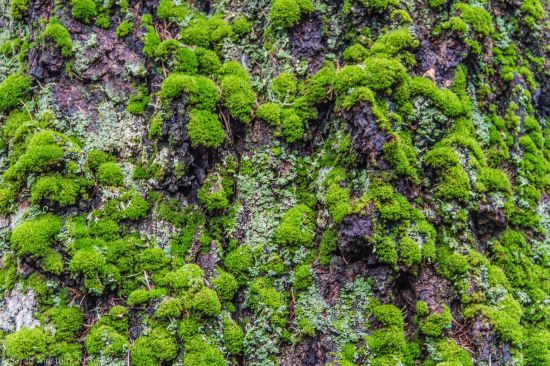 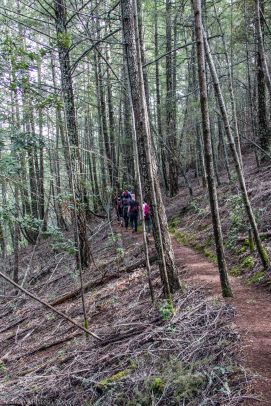 My favorite part of my trip to Argentina was hiking on Perito Moreno Glacier.  Seeing the glacier for the first time, hearing it crackle, watching pieces fall into the surrounding water, walking on it, and drinking the water from it was truly a full-sensory experience.  I felt like I was walking through a Georgia O’Keefe painting where piercing blue crevasses separated snow capped peaks.

We went through a tour company called Hielo y Aventura, which I would definitely recommend.  They picked us up from our hotel, drove us in a nice bus to various lookout points, supplied us with crampons (and put them on our shoes),* guided us on the glacier, and gave us scotch on the rocks at the top! 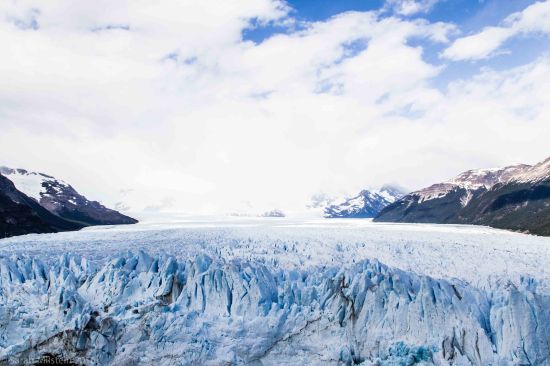 Boat from the shore to the glacier

Hiking towards the station to get crampons 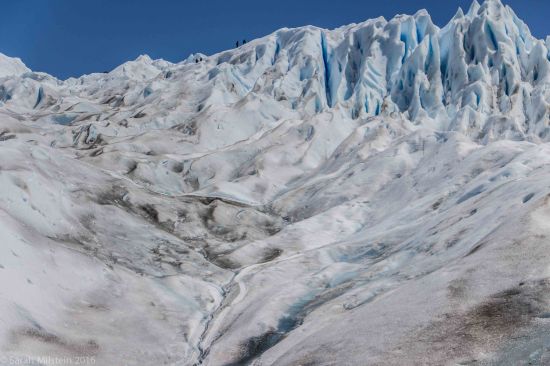 Top of our climb on Perito Moreno Glacier

* At first the crampons that tied onto our shoes felt a little weird, but by the end of the day, I didn’t want to give them back.

Today I went hiking on the Russian Ridge Trail, nine miles west of I-280, in San Mateo County.  Mind you, it was nine twisting miles where I was practically getting passed by cyclists.  (Yes, I was in a car).  Beautiful views in every direction.  Bring snacks, water, and a jacket.  It gets windy!

Beware of the giant crows, ticks, rattlesnakes, and mountain lions.  Fortunately, we only encountered a crow.  Although, he was attacking a Prius that was apparently in his parking spot. 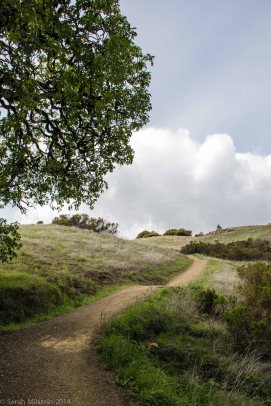 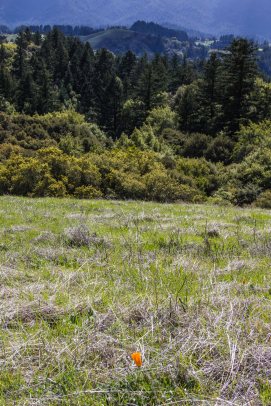 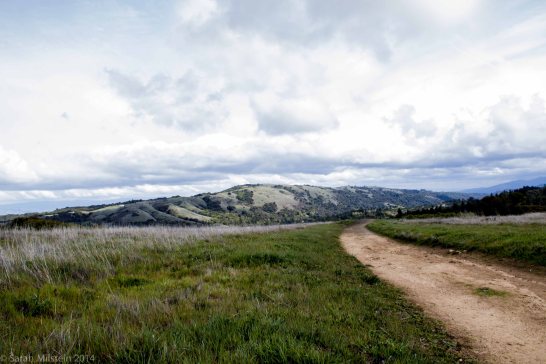 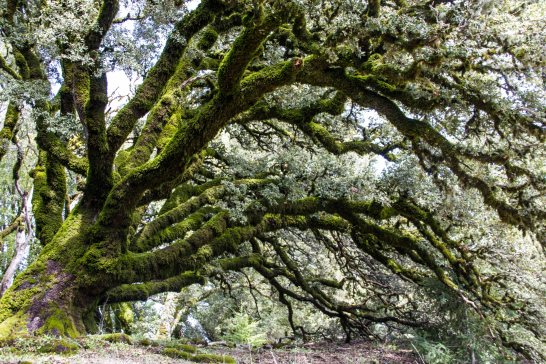 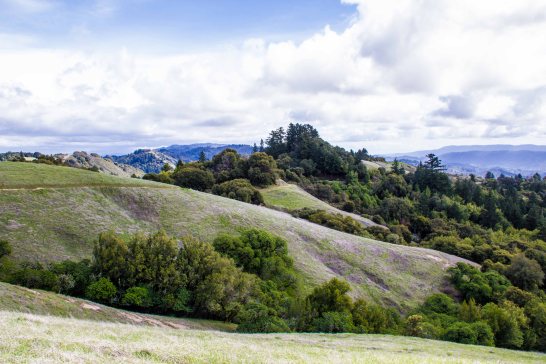 A few years back, I went to Costa Rica to take surf lessons, paddle board, do yoga, and hike with Del Mar Surf Camp.  Turns out surfing is not my forte; every day marked a different injury, but watching the sun go down from a surf board is definitely one of the best ways to end a day.  Unfortunately, I didn’t have a camera on the water, but here are some other photos from the trip. 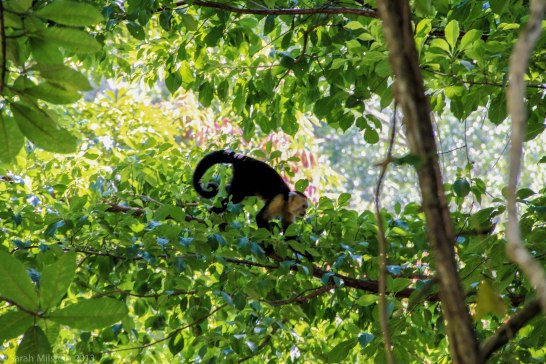 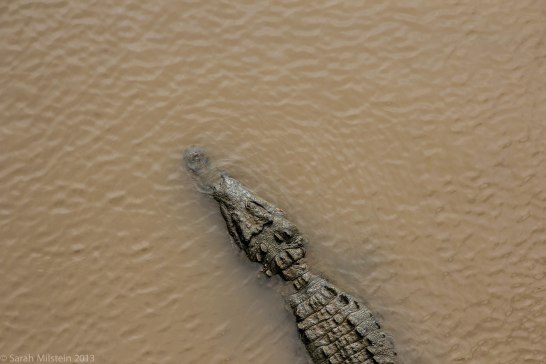 August 22, 2013 By Since a picture is worth a thousand words, I'll keep the commentary to a minimum. in Corsica, France, Travel Tags: Calenzana, Corsica, France, GR 20, Hiking, porto-vecchio Leave a comment

I was thinking that we would do some hiking in Corsica other than our accidental hike in Bonifacio.  One quick search on Google* would have told me that the GR20 is not some path for sissies–it’s a 180 km trek beginning in Calenzana, which “traverses Corsica diagonally from north to south,” and ends in Conca, and is recommended as a 15-day hike.**

We decided to check it out, so we drove from Porto Vecchio to Conca in Sainte-Lucie de Port-Vecchio.  Really, this was a short drive (13 miles), but with the traffic, it probably took over an hour.  But we got to see things like this.

Once we got to Conca, we saw a sign for the GR20 and parked.  As it turns out, there were about 10 forks in the road after that sign, none of which were labeled with which direction the trail began. (Answer: Pick the path towards Radicali.) 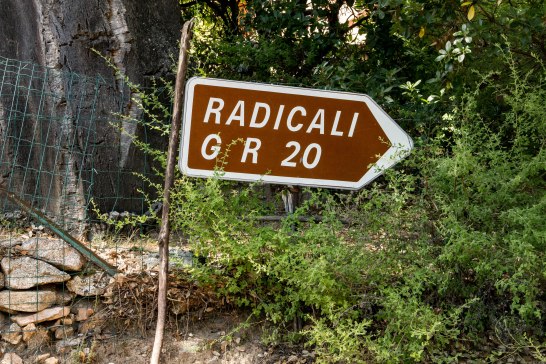 We walked up each road to the end before finding the entrance (featured above).  In the heat, I was dying before we even found the trail.  Which by the way, was pretty awesome.  However, I can’t imagine doing the other 179 km of it, at least in that heat!

*Actually, I met two guys on the RER heading to the airport who told me this, since they had just done the trek a few days prior.  Who needs Google when there are cute strangers?

**For those who are curious, this website lays out everything you need to know about the GR20.

This guy 😍
California, in case nobody has told you today, you’re so beautiful. 😍
Even as these flowers are dying, there is so much beauty in their fragility . . . Thanks for the birthday flowers @dcarsel 💕