Bonjour!  So my original intention was to capture this week with drawings.  However, I went to have coffee at my corner café on Monday without my camera, and two older gentlemen wearing identical color-coordinated outfits stopped in front of me.  I realized leaving my camera behind was not a good plan.  Ergo, this week I’m drawing and taking photos.  Also, let’s be real, I went on a food tour with Paris by Mouth on Tuesday, and Bastille Day is coming up on Sunday.  Drawings weren’t about to do these things justice.

Food Tour.  Basically this was just a gluttonous journey around Saint-Germain.  Delicious: yes.  Loose pants: definitely a requirement.  First, we visited Poilâne where we picked up bread. 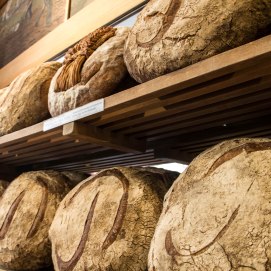 Next stop was Pierre Hermé for macarons.  But this place also had other beautiful desserts, like the ones below.

Then we headed to Marchés Couverts de Paris, where we purchased a TON of cheese, and learned about chickens.  Apparently the Bresse is the Rolls Royce of chickens, costing up to 50 Euros a bird!  I was struck by the fact that this market didn’t smell, which was a first.  Particularly since they had a large fish section.  Thumbs up.

Next stop, Patrick Roger for chocolates.  You know how I said Georges Larnicol smelled so good, the chocolate lured me in (okay, I’m paraphrasing)?  Well, this place smelled even better.  There was a debate between the two guides whether Patrick Roger makes the best chocolate in Paris.  He does have his MOF, so he’s kind of a big deal. 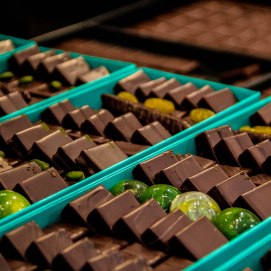 Finally, we ate all our bounty in the back room of La Dernièr Goutte.

Tuileries.  I managed to lay out in the Tuileries on both Monday and Tuesday.  This is really some life.  I’m starting to feel a little guilty, but both days were amazing, so I’m just going to go with the fact that I’m ridiculously lucky.  Monday, I brought a picnic, drew, read, and got a little sunburned.  Tuesday, I had company.  We lucked out and got a private air show in advance of Bastille Day that seemed to go on for an hour! 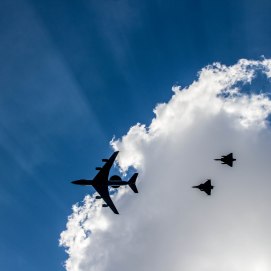 This guy 😍
California, in case nobody has told you today, you’re so beautiful. 😍
Even as these flowers are dying, there is so much beauty in their fragility . . . Thanks for the birthday flowers @dcarsel 💕